The capital city of Emilia-Romagna, Bologna is located at the intersection between northern and central Italy. Originally an Etruscan settlement, it fell under Gaulish rule in 400 B.C. to eventually become a Roman colony. About 1088 A.D., a university was founded within its wall, eventually the oldest in the western world. Monuments to Bologna's rich cultural heritage are scattered across the city, from the leaning towers and the church of San Petronio in the old centre to the Pinacoteca Nazionale in the university district. Its historic centre is a handsome ensemble of brick buildings and charming porticoed streets.

Bologna and Emilia-Romagna were included in  the "52 places to go in 2018" list of The New York Times, because of their food culture and relaxed atmosphere. 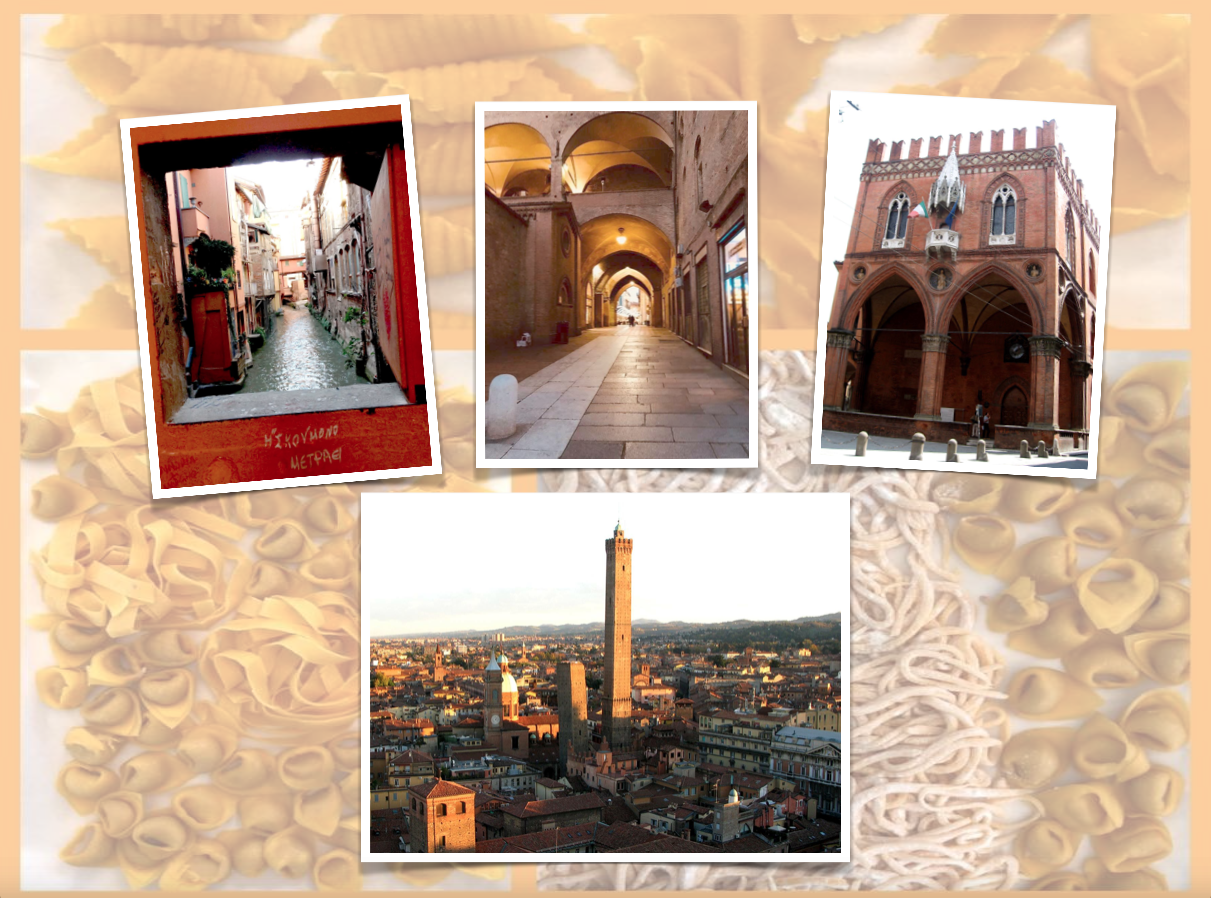 A list of useful links about Bologna and its University: Tourist Office (Eng.); University of Bologna (Eng.); Comune (It.) .

A list of suggested restaurants, bars and self-services will appear here soon.

September is a relatively warm month. Anyway, be prepared to hot weather while walking through the city! Rain showers are also possible from occasional thunderstorms. Please visit a meteo web site.

Electricity is supplied at 220 Volts, 50 cycles AC. Round-pin plugs only can be used in Italian sockets. Please use an adapter plug and a voltage converter if you need 110/120 volt appliances.

In Italy, all public phones accept cards, and about half of them also accept coins. Cards can be purchased at tobacco shops (Tabaccheria) and newspaper stands. All hotels are equipped with phones allowing international calls, and most have internet connection. Mobile phones are operational under the GSM standard.

The Italian currency is Euro (1 Euro is approximately 1.17 USD or 130 JPY). Credit cards and traveller cheques are accepted almost everywhere. VAT (in Italian IVA) is charged on most goods except when purchased in duty-free shops. The current rate is 22% on most items and it is included in the displayed prices. If you produce items and tax invoices, VAT may be refunded at international airports.

Banks are generally open from 8:30 to 13:20 and some of them also in the afternoon from 14:30 to 15:30 on weekdays. Banks are closed on Saturdays and Sundays. Automatic teller machines are located outside major banks (24 hour service).

Opening hours are 8:30 to 12:30 from Mondays to Saturdays. Poste Italiane has an English website.

Bologna has an extensive and frequent bus network run by TPER (website in English). Single tickets are valid for 1 hour, cost 1.20€ and can be bought on-board in most buses from a vending machine (at 1.50€), and also in many bars, newspaper stands and tobacco shops (these tickets must be validated when entering the bus). Other kinds of tickets may be more convenient, please look at the TPER website.

Private cars are not allowed in the city centre,  but hotel customers are allowed to reach their hotels (ask to your hotel for details).

In case of emergency dial 118 for ambulance and 113 for police.

Please arrange your own travel and health care insurance. The organisers will not be held liable for accidents, theft and property damage, nor for delays or any modification in the program.