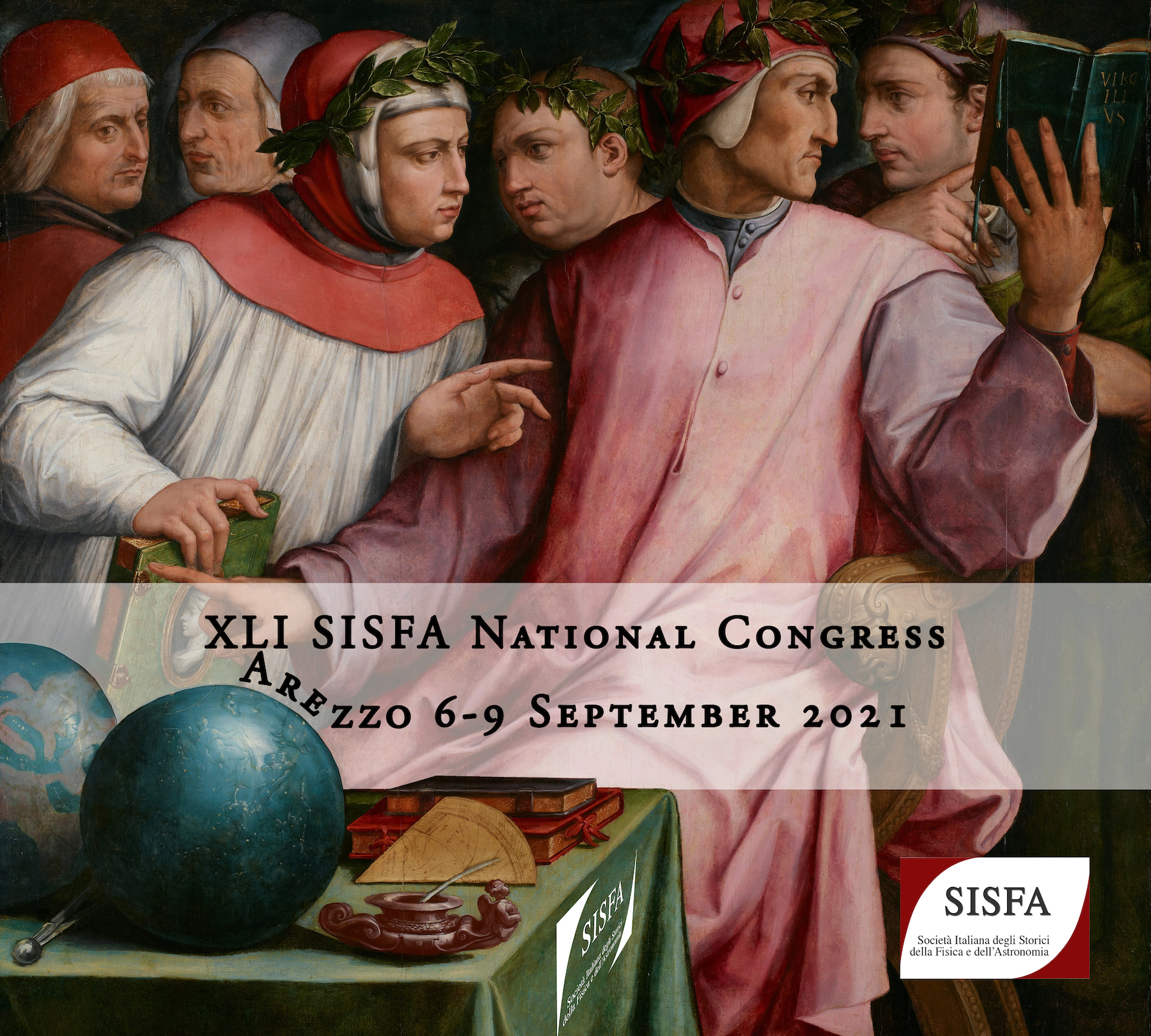 In view of the large number of submitted abstracts and organized session, the conference has been extended by one day: the 41st yearly Congress of the Italian Society for the History of Physics and Astronomy (SISFA) will be held mostly online on September 6-9, 2021. However, we plan to have a few in-person sessions and a limited number of attendees (up to a max of 25 people in full compliance of the COVID-19 restrictions). Those who are interested to attend the event are requested to send an e-mail to the SISFA Secretary, Prof. Roberto Mantovani (roberto.mantovani@uniurb.it) by August 31th 2021.

The Meeting is one of a well-established series that SISFA has been organizing on a yearly basis since its foundation. It aims at promoting the research activities in the history of physics and astronomy in Italy, carried out not only by academic historians but also by independent scholars and school teachers willing to explore the role of the history of physics and astronomy in the present-day teaching of the disciplines. At the same time, the Meeting provides an opportunity to strengthen the collaborations and establish new links among the members of SISFA and the members of other scholarly societies, as well as researchers working in the same and in related fields.

In connection with the conference it will be possible to visit the Exhibition DANTE 700:  Esposizioni dell’orologeria al tempo di Dante ed I suoi sviluppi, at MuMec, Arezzo. http://www.sisfa.org/notizie-eventi/il-tempo-al-tempo-di-dante/