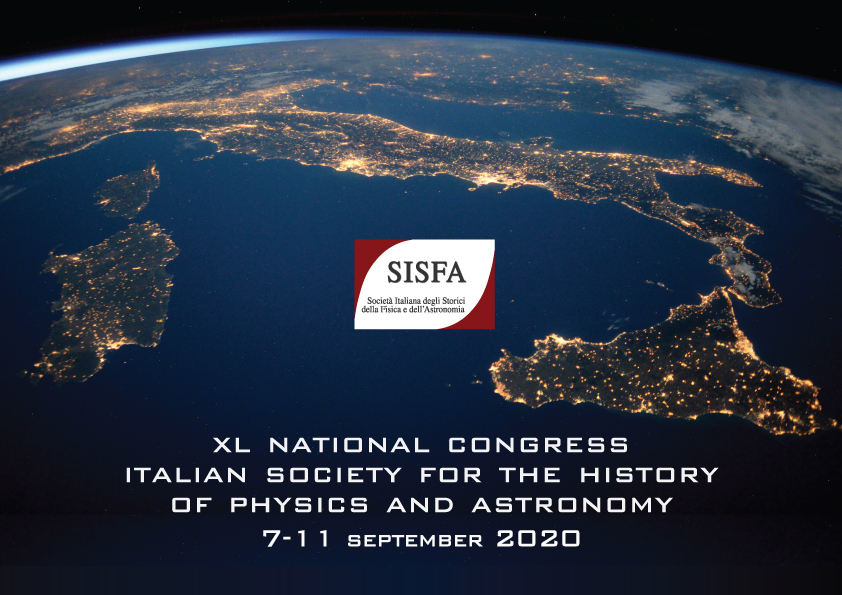 Given the uncertainty of the COVID-19 situation, the 40th yearly Congress of the Italian Society for the History of Physics and Astronomy (SISFA) will be held online on September 7-11, 2020. In this difficult period the executive board SISFA has decided not to discontinue the yearly meeting of the society and explore the new possibilities given by the online format for scholarly communication.

The Meeting is one of a well-established series that SISFA has been organizing on a yearly basis since its foundation. It aims at promoting the research activities in the history of physics and astronomy in Italy, carried out not only by academic historians but also by independent scholars and school teachers willing to explore the role of the history of physics and astronomy in present-day teaching of the disciplines. At the same time, the Meeting provides an opportunity to strengthen the collaborations and establish new links among the members of SISFA and the members of other scholarly societies, as well as researchers working in the same and in related fields.

The year 2020 marks the bicentenary of Oersted’s experience on the relation between electricity and magnetism and Ampère’s foundational work on the laws of electrodynamics, as well as the centenary of the death of Italian illustrious physicist Augusto Righi (1850-1920). Special sessions dedicated to the history of electromagnetism will be organized to celebrate these anniversaries. A special thematic session will focus on the connections between science education and the history of physics and astronomy.